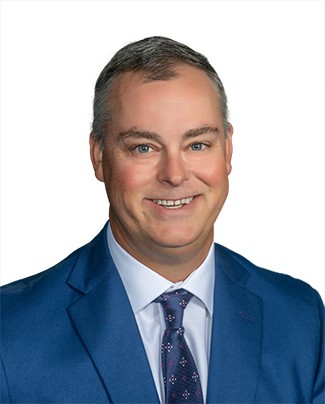 Aaron handles a wide variety of intellectual property disputes, concentrating on patent, trademark, and copyright litigation at both the district and appellate court levels, post-grant patent challenges such as inter partes review and ex parte reexamination before the U.S. Patent Trial and Appeal Board (PTAB), and trademark opposition and cancellation proceedings before the Trademark Trial and Appeal Board (TTAB). Aaron is also experienced in alternative dispute resolution, including mediation and arbitration. Moreover, Aaron maintains an active portfolio management practice, routinely advising client on protecting their intellectual property rights.

Aaron has significant litigation experience, including serving as lead counsel in patent jury trials, arguing appellate cases before the U.S. Court of Appeals for the Federal Circuit, and as lead counsel in inter partes review proceedings. The Andrus litigation team has been successful in securing injunctions, damages judgments of seven and eight figures, institution of inter partes reviews, and in maintaining the valid claims for patent owners after reviews are instituted. Aaron has also served as lead counsel in patent and trademark litigation cases where the team obtained preliminary injunctions against the opposing party. Aaron has served clients in many other patent, trademark and copyright infringement suits both in Wisconsin and throughout the United States.

In addition, Aaron has an active local counsel practice in the Eastern and Western Districts of Wisconsin, where he partners with lead counsel and leverages his expertise in the local courts to provide well-rounded, yet cost-effective, representation for the client.

In addition to his litigation practice, Aaron serves clients in U.S. and international patent prosecution and counsels clients on all patent, trademark and copyright concerns. Aaron provides infringement, novelty and right-to-use opinions in a wide variety of technology areas.

Aaron received a bachelor of science degree in pre-professional studies in science and business, focusing on biology and accounting, from the University of Notre Dame in 1998. He received his juris doctor degree from the University of Wisconsin Law School in 2002, where he was a member of the Patent Moot Court Team and the President of the Intellectual Property Student Organization.